02 October 2015: Martin 'Stunning' Stassen has a radar for obscure gig dates. A few months ago, he shared an article from a local daily called the Goudsche Courant. It announces a festival called Rock Against Fascism that took place in Over De Brug in Gouda, on 5 May 1980 (Liberation Day for the Dutch). It's a rare date, because it was listed before the debut album was released.

To the genuine Bodinist, this just proves how many years Bodine were ahead of time, standing up against fascism. Alongside De Mo and More, a band from Gouda, Bodine took the stage to make a statement!

The editor, Hans van Raalte, however, didn't have a clue about Bodine's presence at the festival. According to his limited views, rock music only invoked aggression, instead of reducing it. 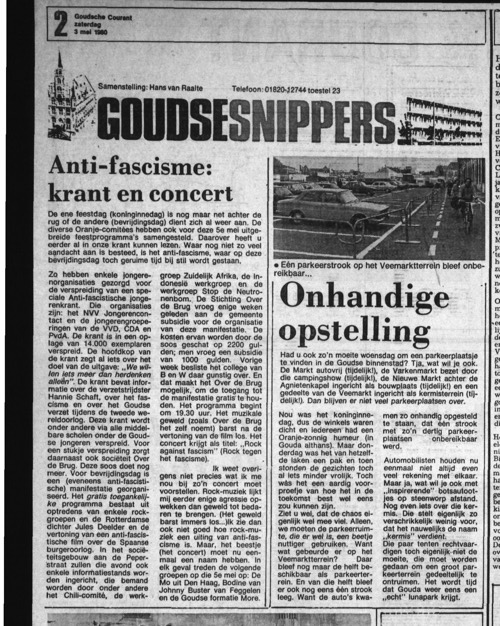 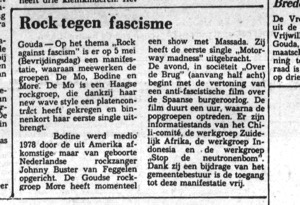