2019-05-03: Helden, in Limburg province, is by far the town where Bodine performed most: Once in the Mk-I line-up, three times as Mk-II and once more as Mk-III. Hence, it is interesting that now a concert review of one of these gigs has surfaced, from Sucks Magazine no less, thanks to the unequaled Martin! This is from the gig that took place on 11 August 1982. 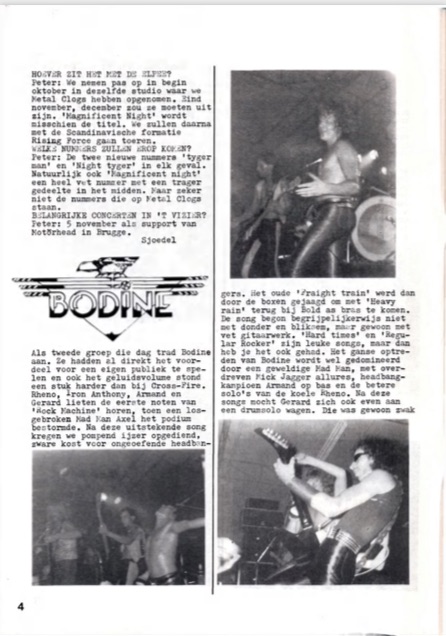 Most remarkable about this list is that Hard Times was played more than a year before it was released on Three Times Running in 1983.

For now, the article is only shared in Dutch, an English translation will be published later.