18-12-2015: Rien van Nieuwenhuizen, who ranks as one of the earliest discoverers of Bodine, hinted Regular Rocker to a festival poster circulating on Facebook. The poster can be traced back to the 1984-05-27 Scarborough Fair festival and is unique for the fact that it announced one of the concerts agfter Arjen Lucassen's departure. Probably, they played as a four-man band, with Rheno filling in all the guitar parts (if this wasn't the gig that Henry van Maanen played). After this date, Bodine Mk-III(a) would only perform four more times. 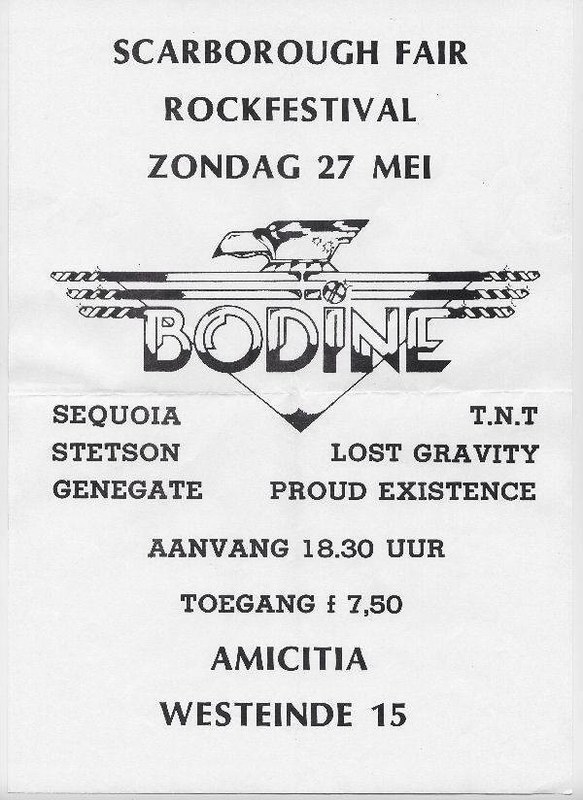 The festival venue was Amicitia in The Hague, and for some peculiar reason it was called the Scarborough Fair festival. Is there anyone out there who has more details on this concert? Who played in Bodine that day? What was it like? Share your memories here in the comments section!