Can anyone guess why this is a unique document?

Right... Arjen Lucassen was about to leave the band and there were only two gigs left for him with Bodine. Fat chance this is the last autograph card including all band members. Marcel, you've got gold in your hands! 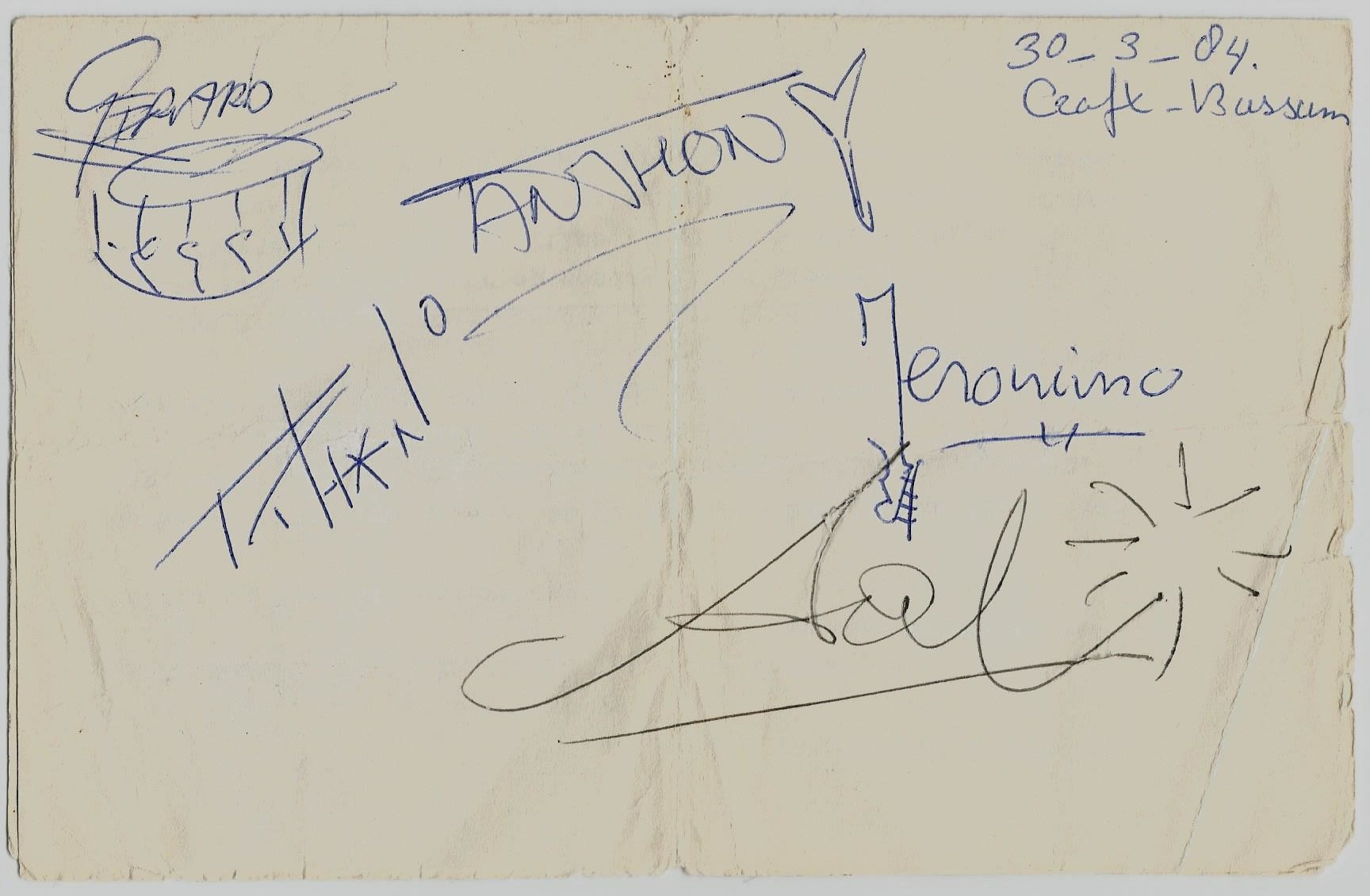 There's a mysterious afterburner to this autograph card. Apart from a shoe print, on the front page it reads that a festival was organised as a fundraiser for 't Krogt, which had been burglared earlier. The damage added up to 3,000.- guilders in missing appliances and 1,000.- in necessary repairs. As a gesture of altruism, the bands listed for that day agreed to play for free, so that all the ticket revenues could be used as a down payment on new gear. Ain't that sympathetic?

Here's the mystery: the flyer mentions an event on 2 March, and the burglary had obviously taken place before that. Bodine would only play in 't Krogt on 30 March.

Moreover, Bodine was listed as (this is where the mystery really become intriguing) Axel Langemeyer, Jeronimo and Arjen Lucassen--supported by "Fast Bas" on the drums. "Fast Bas" was Bas van der Linden, a drummer from Het Gooi--the home area of Axel, Arjen and Jeronimo. 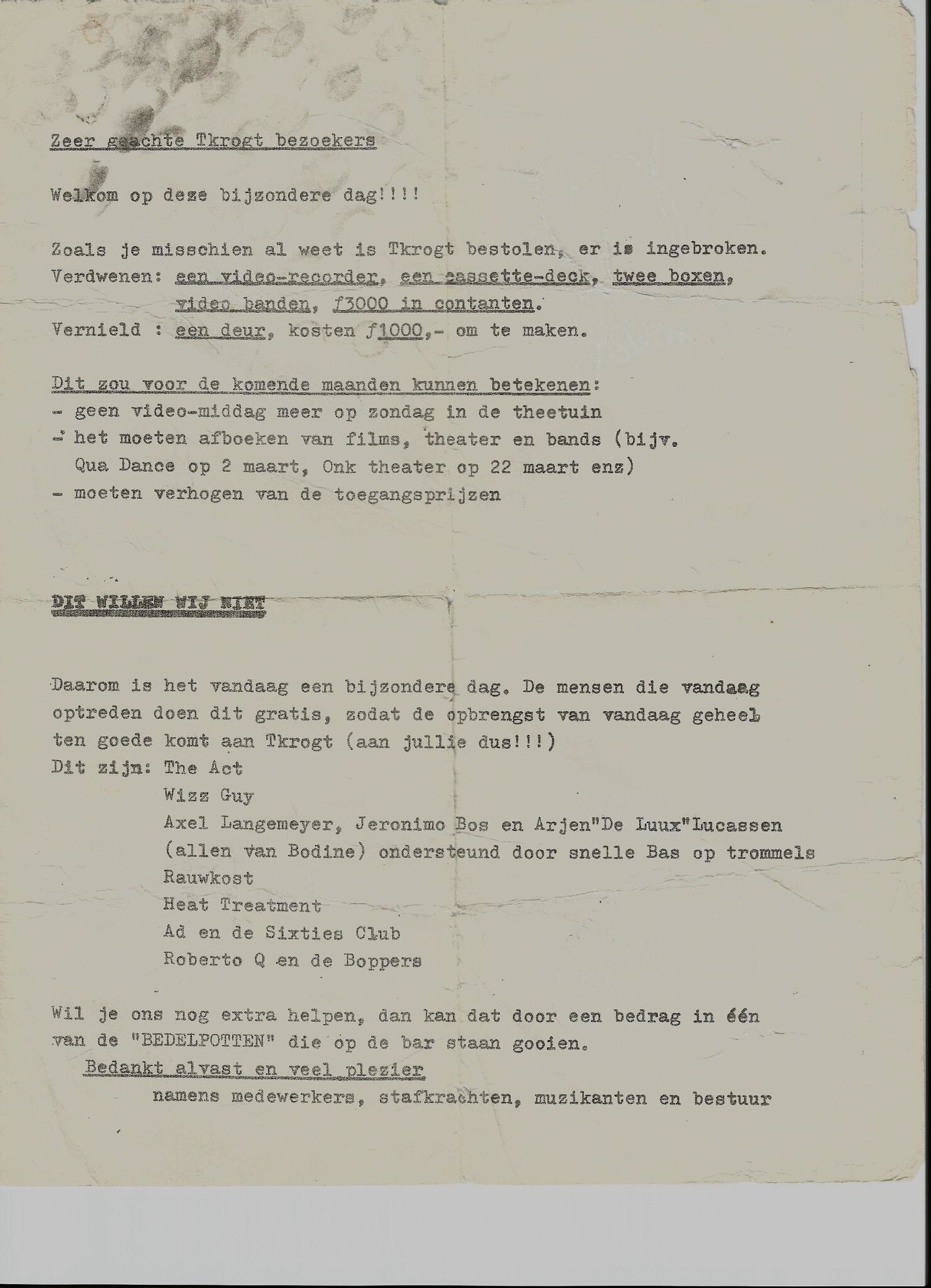 So in fact, there were two gigs: 1 with 60% Bodine members on a date in February 1984, and a full Bodine gig on 30 March, the day that the autographs were collected. The fundraiser, as it happens, took place on 18 February (thank you for finding that out, Martin!).