In the dark ages of heavy metal

In the early 1980's, headbangers In the Netherlands were flooded by a wave of young bands from England that played 'heavy metal'. Dutch bands couldn't stay behind and started rehearsing in basements and empty farm sheds to develop their own wave of Nethermetal.

This is the time when Bodine emerged. Drummer Gerard Haitsma and guitarist Rheno Xeros had spent years in rehearsal rooms developing and perfecting their own style. When singer Jay van Feggelen and bass player Armand van der Hoff teamed up with them, Bodine became an act that easily matched bands on the international rock stages. They believed sacredly in their musical course. Their debut album surprised many hard rock fans in the low lands. Many listeners couldn't believe their ears, the first time they sank the needle in the groove...

'Iron Anthony' Lucassen (Ayreon) joined later and line-up changes with 'Mad Man' Axel Langemeijer behind the mike and Jeronimo on the bass did not deter the band from their mission, which was spreading the word: Bodinism. More solid hard rock followed on the albums "Bold as Brass" and "Three Times Running". The Netherstages shook when Bodine played 'Rock Machine' and 'Shout', which became instant metal hymns. They opened for many international acts that played gigs in the Netherlands.

Read about the history of Bodine in the following pages! 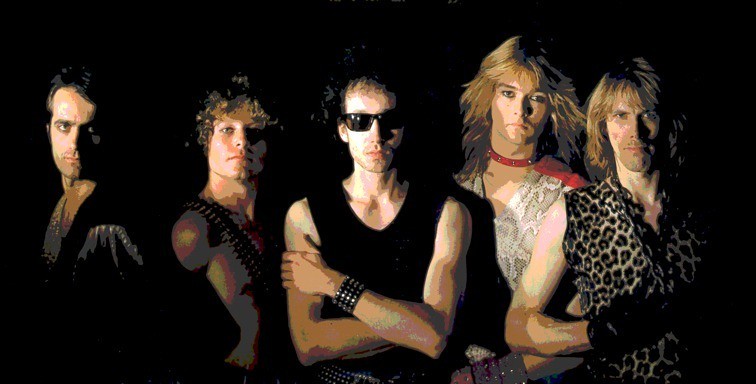