In 1981, a couple of enthusiasts founded the Bodine Fan Clup (spelled consistently by the editors according to '80s rules in the first edition of the Fan magazine). They were Marcel Rijsdijk, brother of Rheno Xeros  and Han Hijzelendoorn. RegularRocker is happy to be in touch with the latter, who is one of the first Bodine adepts and has never lost his admiration for the band and their musical talent.

The fan club was based in The Hague in the Denekampstraat, the neighbourhood where the band members grew up. The fan club issued nine fanmagazines between september 1981 and april 1984 which will be published here in due time. According to Marcel Rijsdijk's best memory, the number of members varied between 50 and 100 members.

You will learn that both Marcel and Han had close lines to the band members and therefore, in the years to follow you may expect to read some reliable background information in the magazine.

Another invaluable part of this section are the letters sent to the fan clup from all over the world. The words of appreciation are heart-warming to read.

The Fan Clup turned out to be a valuable asset to the band and a great PR machine, keeping in touch with Bodine's fan-base. It earned them a listing on the rear of the Bold As Brass and Three Times Running albums. An interview with initiator han Hijzelendoorn can be found here. Marcel Rijsdijk now owns a designing company called Reproserve.

Check out the magazines here!
(Each copy will open in Google docs) 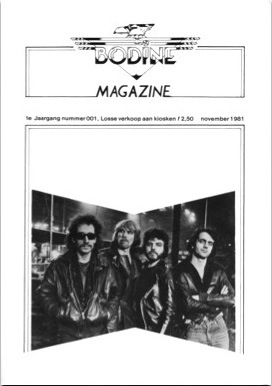 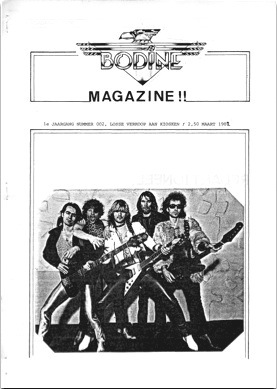 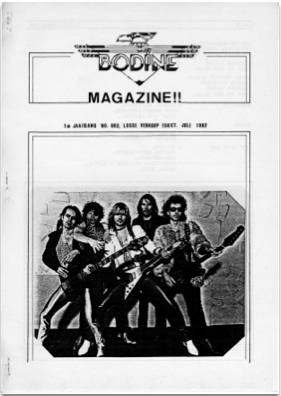